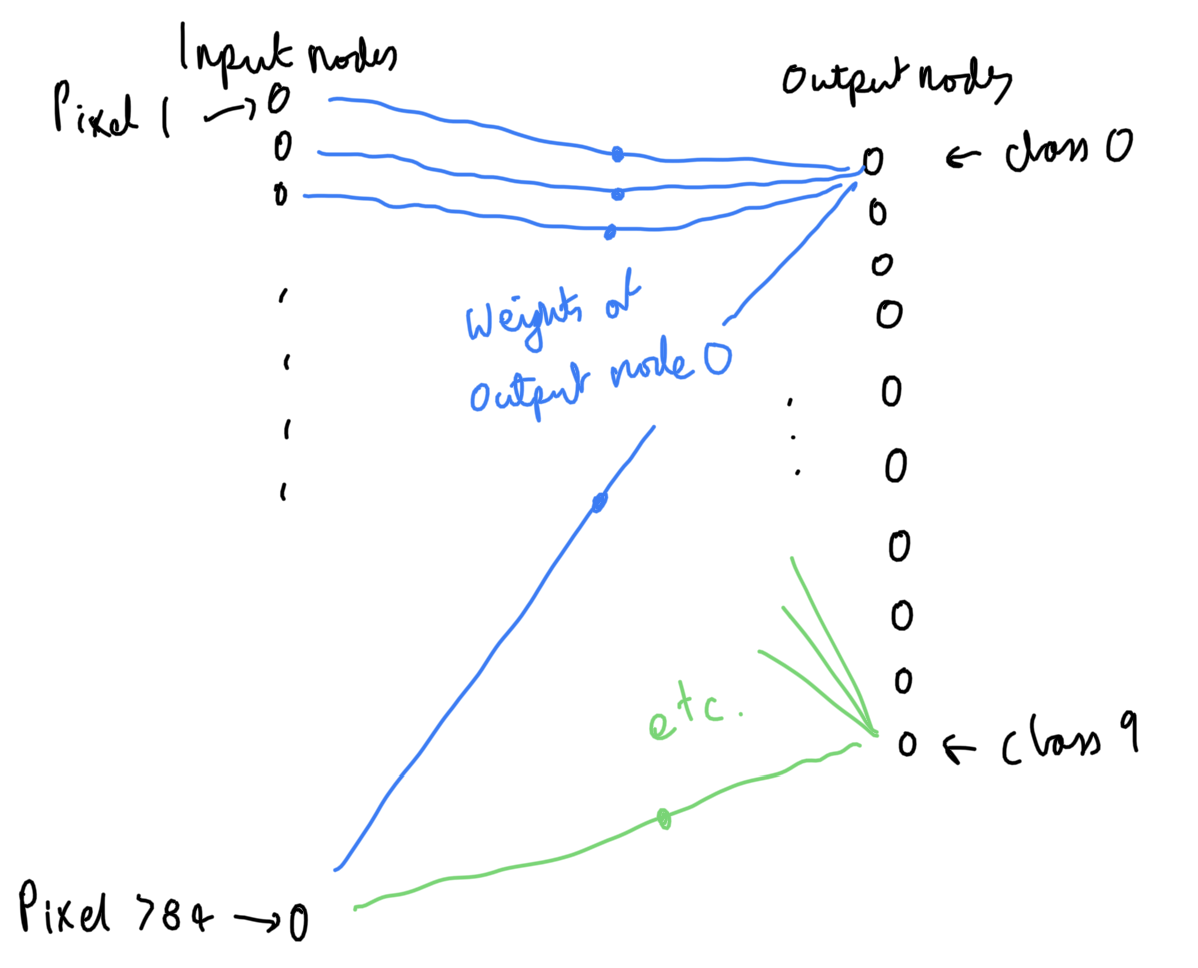 How this neural net works

From the visualisation, we can see that:

The weights of the 0 column tend to make 0 digits larger (relative to the other columns), when multiplied and summed. I.e. 0s tend to look more white in the third row of the 0 column of the visualisation, and to have a larger bar in the fourth row.

And this applies to the other columns, and their respective digits.

Seeing digits in the weights

When we look at the weights corresponding to a particular digit, we see dark spots in the places where the digit tends to have low value pixels.

We also see light spots in the places where the digit tends to have high value pixels, and where other classes tend to have low value pixels.

The result, is that we can (kind of) see the digits, in the weights shown in the visualisation.